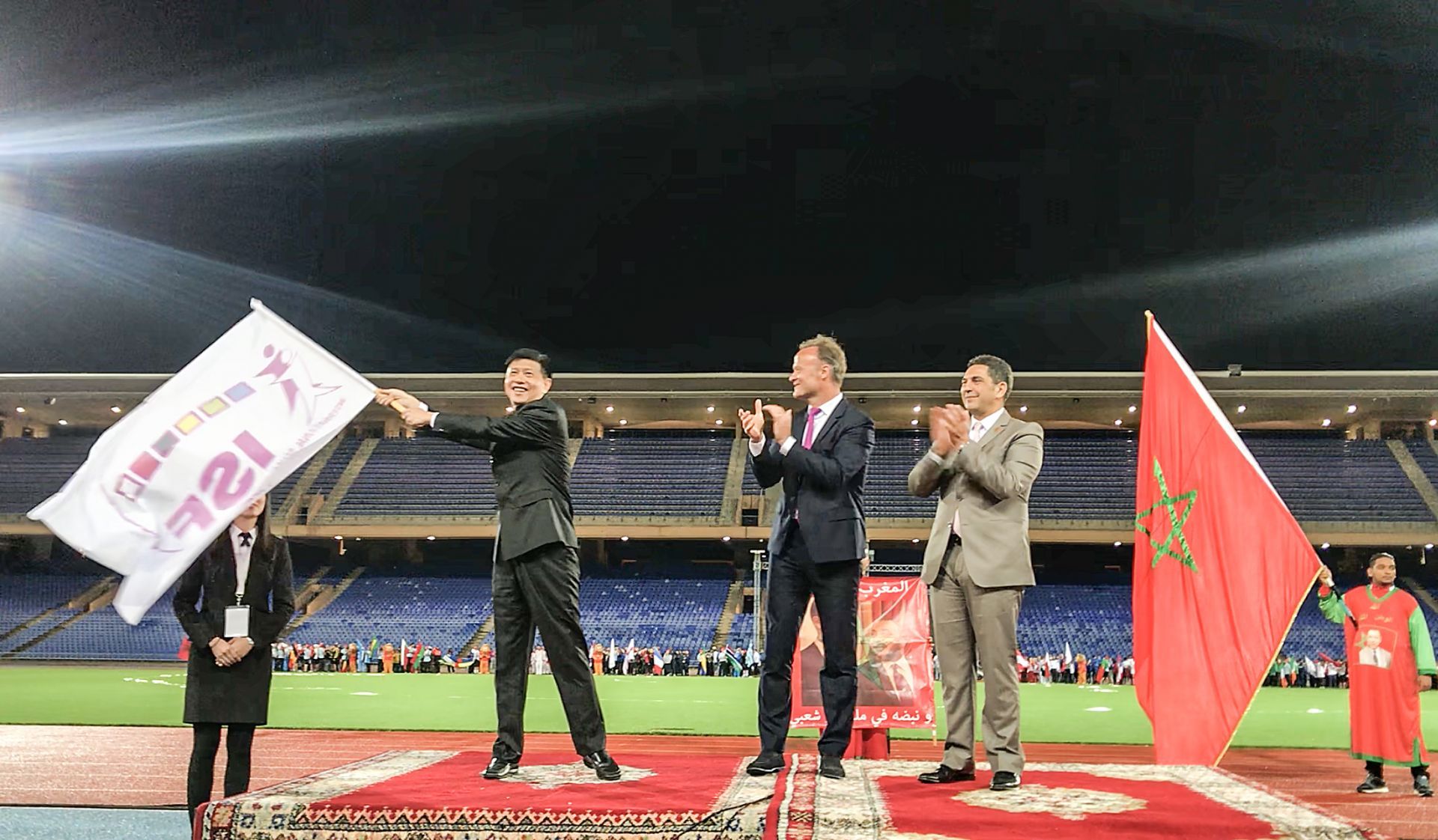 Jinjiang receives the Gymnasiade flag, marking the start of its preparation period for the upcoming event.

The closing ceremony of the 17th Gymnasiade was held in Marrakesh, Morocco at 20:30 local time on May 8 (3:30 a.m. of Beijing time on May 9), 2018. As the host city of the 18th Gymnasiade, Jinjiang City of southeast China's Fujian Province received the Gymnasiade flag at the closing ceremony, marking the start of its preparation period for the upcoming event. Jinjiang also presented a 4-minute artistic performance with the theme of "Better Us, Better Future" at the ceremony, sending the sincerest invitation to the world.

At the closing ceremony, athletes from more than 50 participating countries showed strong energy and enthusiasm. Yang Xianjin, vice governor of Fujian Province, Xue Yanqing, secretary general of the Joint Secretariat of Student Sports Association of the Ministry of Education, Wu Youcai, deputy director of the standing committee of Quanzhou municipal people's congress and Liu Wenru, party chief of the Jinjiang municipal CPC committee attended the closing ceremony, together with more than 20 Jinjiang entrepreneurs and nearly 100 overseas Chinese, to witness this historic moment.

At 21:30 local time on May 8, 2018, attendees paid attention to a brief but solemn ceremony for the handover of the Gymnasiade flag. Laurent Petrynka, president of the International School Sport Federation (ISF), handed the flag to Liu Wenru. For a moment, the hall resounded with thunderous applause, and attendees witnessed this historic moment together.