During the Beijing 2022 Winter Olympic Games, enterprises in Jinjiang have made great contributions by providing made-in-Jinjiang products with advanced technology.

To Jinjiang entrepreneurs, the social responsibility of national enterprises and a larger vision of development are top priorities.

Under the guidance of "Jinjiang experience", the city has seen a new and qualitative leap in the development of its industries, which reflects a high level of scientific and technological innovation of its industries.

The Winter Olympic Games means not only competition among athletes in the arena but also competition of the most advanced sports technologies.

From the skeleton gear to the "shark skin on ice" worn by the Chinese "dream team" of short track speed skating, from the "warm tech" ski suit worn by Chinese freestyle skier Eileen Gu to the midsole foams with "nitrogen technology" for the champions, ANTA integrates the world's leading professional sports technology into its sponsored gear and athletic gear for the Games.

In the Beijing 2022 Winter Olympic Games, the highest competitive arena, ANTA has broken the foreign monopoly of dozens of patent technologies, making breakthroughs from the scratch in a number of ice and snow sports equipment fields.

Boosted by the cutting-edge technology, made-in-Jinjiang products can make contributions to not only the Games but also the space mission.

In October of 2021, China launched the Shenzhou-13 manned spacecraft into space. The zippers of the spacesuit worn by the astronauts in the mission are produced by Fujian Xunxing Zipper Polytron Technologies Inc., a company based in Jinjiang. This is the third time for the zipper products of the company to embark on a journey to space. 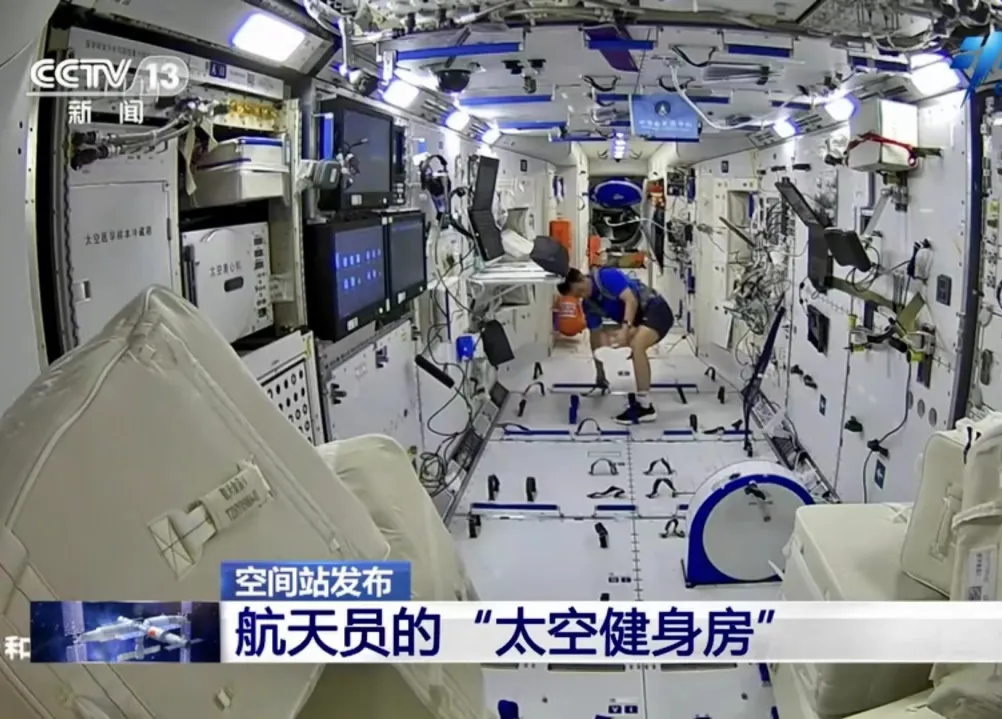 Another made-in-Jinjiang product in the mission was a kind of running shoes produced by ANTA.

To go to outer space, enough scientific and technological elements are needed. Take the above-mentioned running shoe as an example. Its R&D draws on the principle of aviation ultra-light materials. A men's shoe of size 41 weighs only 99 grams, becoming the world's "lightest" jogging shoes with WRCA World Record Certification.

The astronauts' shoes in the cabin should be 'flexible' to ensure the safety and comfort of their feet, and the kind of running shoes made by ANTA have met this technical requirement very well, said Zheng Rong, head of the R&D and design team for astronauts' cabin footwear at Donghua University (DHU) and a professor at the Shanghai International Fashion Innovation Center with DHU.

In only a space mission, a number of Jinjiang enterprises can be counted, including  ANTA, Xunxing, Heng'an and Santic. At the Beijing Winter Olympics, ANTA, Shuhua Sports, Panpan Foods and other Jinjiang brands also made a collective appearance.

Jinjiang enterprises, as representatives of "Made in China" and national brands, are committed to shouldering social responsibilities and national missions.

"At the Beijing Winter Olympic Games, the Chinese national teams wear ANTA's top-line equipment and represent China in the world. As a Chinese brand, we shoulder this responsibility and mission," said Ding Shizhong, chairman of the board with ANTA.

"Grabbing" Olympic resources and lighting up national brands is not only ANTA's idea, but also that of Shuhua Sports and Panpan Foods.

Despite the newcomers to the Olympics, Jinjiang brands Shuhua Sports and Panpan Foods take the lead in sponsoring the Beijing 2022 Winter Olympic Games, becoming respectively the first domestic fitness equipment sponsor and the first domestic packaged snack food sponsor of the Games.

For Zhang Weijian, chairman of Shuhua Sports, "the cooperation with the Beijing 2022 is an honor, but also a responsibility".

"Panpan Foods is the official sponsor of the Beijing Winter Olympic Games, which makes me extremely proud and excited," said Cai Jin'an, chairman of Panpan Foods. "Panpan has formed a strong and trustworthy service team for the Games in a 'full participation, full deployment and all-dimensional coverage' manner, so as to provide comprehensive and reliable services with international standards, and bring glory to China and to the Olympics," Cai added.

Since 2009, ANTA has been joining hands with the Olympic Games, thrusting itself into the spotlight that attracts the eyes of the world.

At the juncture of the 30th anniversary of ANTA Group, Ding Shizhong put forward the strategic goal of ANTA's new decade of "globalization", and officially announced its intention to step onto a broader world stage.

"Like the torch relay, we will always take delivering and sharing health as our ultimate mission. Geared to the needs of China and the world, we will develop the company in a higher, faster and stronger manner, so as to become a trustworthy national brand with long-term investment value," said Zhang Weijian.

By taking advantage of the Olympics, Panpan Foods has labeled its brand with health, "Olympic standard" and "champion quality".

The Olympic Broadcasting Services (OBS) said at a press conference held on February 10 that the Beijing 2022 Winter Olympic Games has become the most-watched Winter Olympics to date.

Taking advantage of the huge popularity of the Beijing 2022, ANTA, Panpan Foods, Shuhua Sports and other sponsors of the Games surged into prominence.

Take ANTA as an example, during the Beijing 2022 Winter Olympic Games, ANTA's WeChat index was not only at an all-time high, but also far exceeded other sporting goods brands, including Nike and Adidas. And in Taobao search, Baidu index and many other key indices, ANTA's search frequency has also been dozens of times higher than usual.

In this process, Jinjiang also surged into prominence thanks to the brands. On February 8, WeChat index data showed that the keyword index of "Jinjiang" was as high as 16,727,234, with the overall value soaring 193.01 percent day-on-day, among which the day-on-day growth of the WeChat Video Channel source registered 468.68 percent.