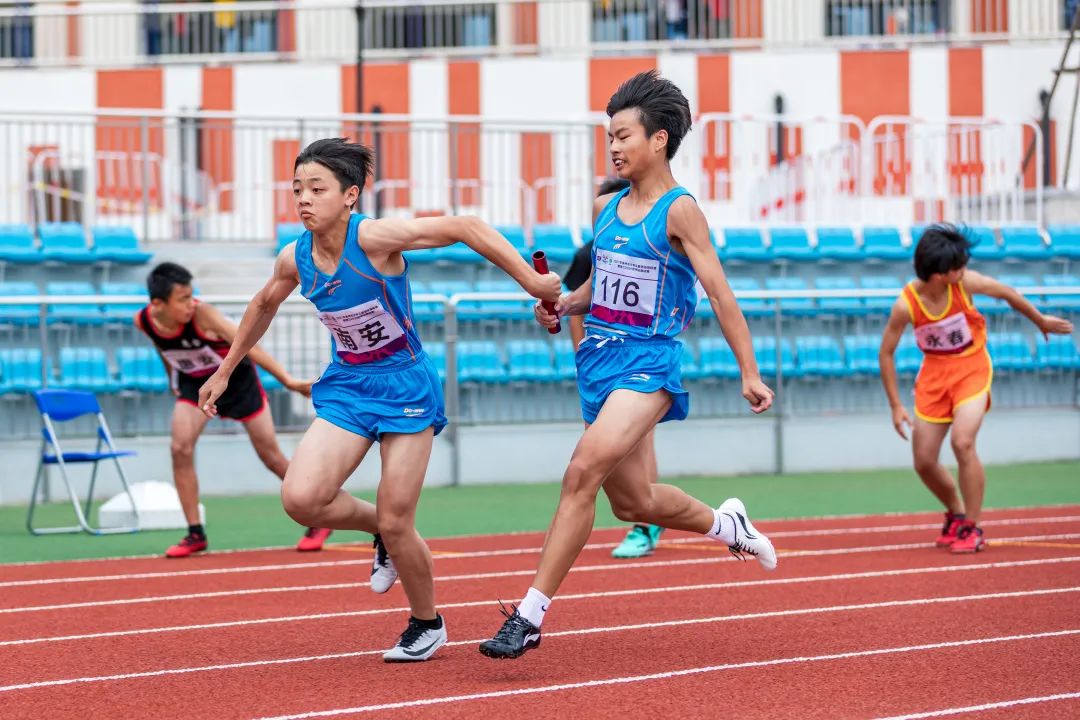 May 28 was the second match day for the 2021 Quanzhou Children's Track & Field Championship and Test Competition of ISF Jinjiang 2020 Gymnasiade. After fierce competition among athletes at Jinjiang Youth Sports School Stadium, a total of 52 gold medals were decided. May 29 is the last match day for the test competition.

Half an hour before the start of the competition, it began to drizzle and the track was wet. However, the athletes who came early to do warm-up exercises did not stop preparing for the match.

At 8:00 a.m., the Boys' 110m Hurdles began. On the red track, eight athletes ran and leaped to fight their way toward the finish line. In the end, Chen Hanyuan of the Nan'an Team of Quanzhou in east China's Fujian Province won the championship at 14.81 seconds, followed by Guo Yixin of Nan'an Team and Su Jiankun of Dehua Team , another team from Quanzhou City.

After the match, Chen Hanyuan said that the slippery track impacted his performance and he did not reach the goal set before the competition. It is reported that Chen has been practicing hurdling for three years and has participated in many competitions held in Quanzhou City and Fujian Province. This is his first time to participate in a match in Jinjiang. "The overall standard of the competition is very high, including the venue and the referee team," Chen praised.

In the afternoon, the relay race was held as scheduled. Among the track & field competitions, the 4×100m relay is as popular as 100m dash. Six teams attended the Boys' Group A 4×100m Relay Final, and they respectively came from Shishi, Jinjiang, Quanzhou Taiwanese Investment Zone, Hui'an, Dehua and Yongchun, all in Quanzhou City. After fierce competition, the team from Quanzhou Taiwanese Investment Zone won the championship at 46.14 seconds, while the runner-up team from Jinjiang was 0.02 seconds faster than the third-place team from Shishi.